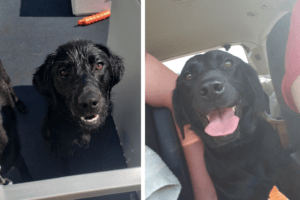 Part of each sale on the iHeartDogs.com store is donated to GreaterGood.org, which offers grants for charities and programs like Rescue Bank. Some rescues could not run without the kind donations from organizations like this. Customers like you are the reason uplifting stories like the one below are possible!

When they somehow failed to meet their adopter’s expectations, three imported pups were rejected and abandoned in a rural area. Refurbished Pets of Southern Michigan (RPSM) found them running around, extremely malnourished. Rightfully, they feared people and pretty much everything else.

Dogs with beginnings like Emmett and his brothers frequently develop behavioral issues. They’re often motivated by fear aggression, and sadly this doesn’t make for the most adoptable dogs. There are, however, people patient enough to help them work through it all so they can find the homes they deserve. Emmett went on to spend 12 weeks in a foster home. RPSM has no facility, as it runs on volunteer efforts. He also underwent extensive rehab with their help. The cost of this kind of care and attention can get pretty high. Fortunately, RPSM got some assistance in the form of Rescue Bank food donations.

“Rescue Bank helped us by giving him the nourishing food he needed to survive and heal. His coat is much better and not shedding like he was previously.”  – Refurbished Pets of Southern Michigan

Rescue Bank operates on a national food bank model. They receive nutritious food from distributors and manufacturers, which they then distribute to rescue organizations in need all across the country. When nutritious pet food nears its “best by” date, has minor packaging defects, or is being re-branded, manufacturers will donate that food.

These donations help rescues afford the costs of fostering and training for dogs like Emmett. Money saved on food also goes towards spaying and neutering programs that save lives.

Now that they’re healthy, Emmett and his brothers are entering RPSM’s Correctional Companion Program. The Refurbished Pets of Southern Michigan (RPSM) Correctional Companion Program officially began in 2008. Dogs in the program spend 10 weeks with specially vetted and trained inmates at Lakeland Correctional Facility in Coldwater, Michigan who are responsible for their daily training and care. Really, the dogs and the inmates are rehabilitating each other.

When the dogs graduate training, they receive a “canine good citizen certificate” (CGC) and become available for adoption into an approved home. The training they receive in the prison improves their “manners” and greatly increases their chances of adoption success. Emmett and his brothers will be released in November, and they’ll have families waiting for them. Families who know better than to leave them behind. 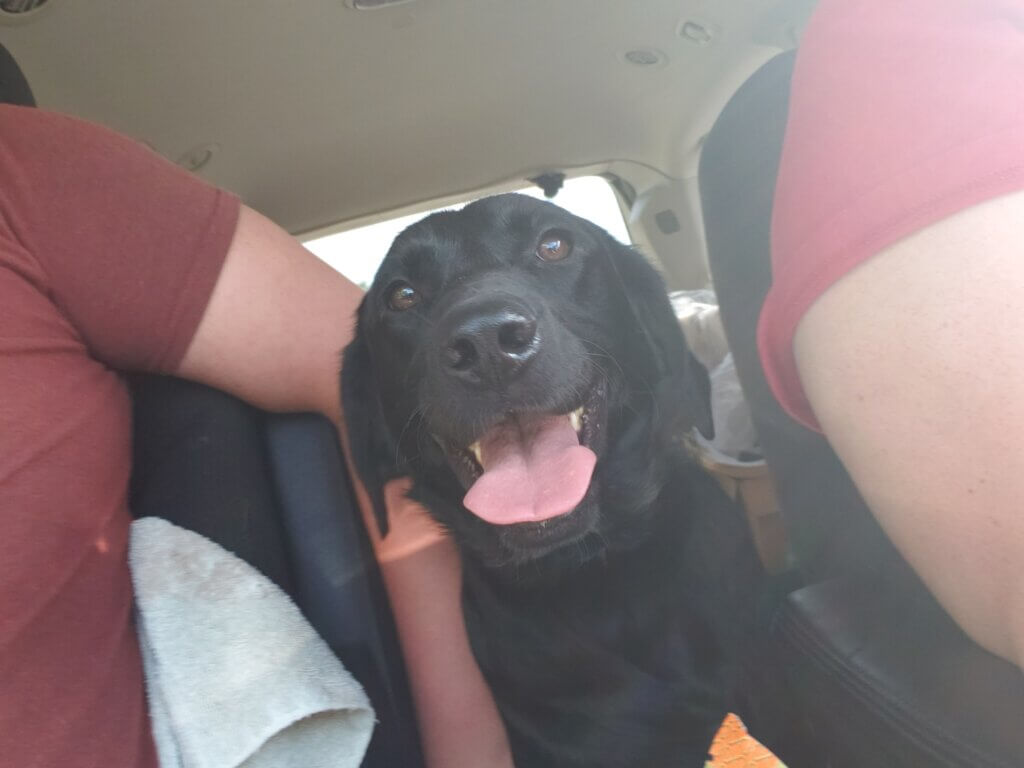 I know it’s cliche to say “a picture’s worth a thousand words.” But that smile on Emmett’s face says more than I could write. Help more pups like him by shopping for eligible products in the iHeartDogs store or making a donation here!

The post You Helped Rehabilitate A Frightened, Abandoned Lab appeared first on iHeartDogs.com.