Texan Mama Dog Does It Bigger – Gives Birth to 20 Puppies 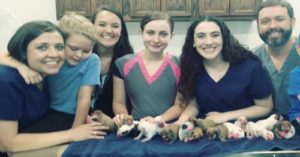 They say everything is bigger in Texas. For one pregnant mama dog in Tyler that goes for litters of puppies, too. 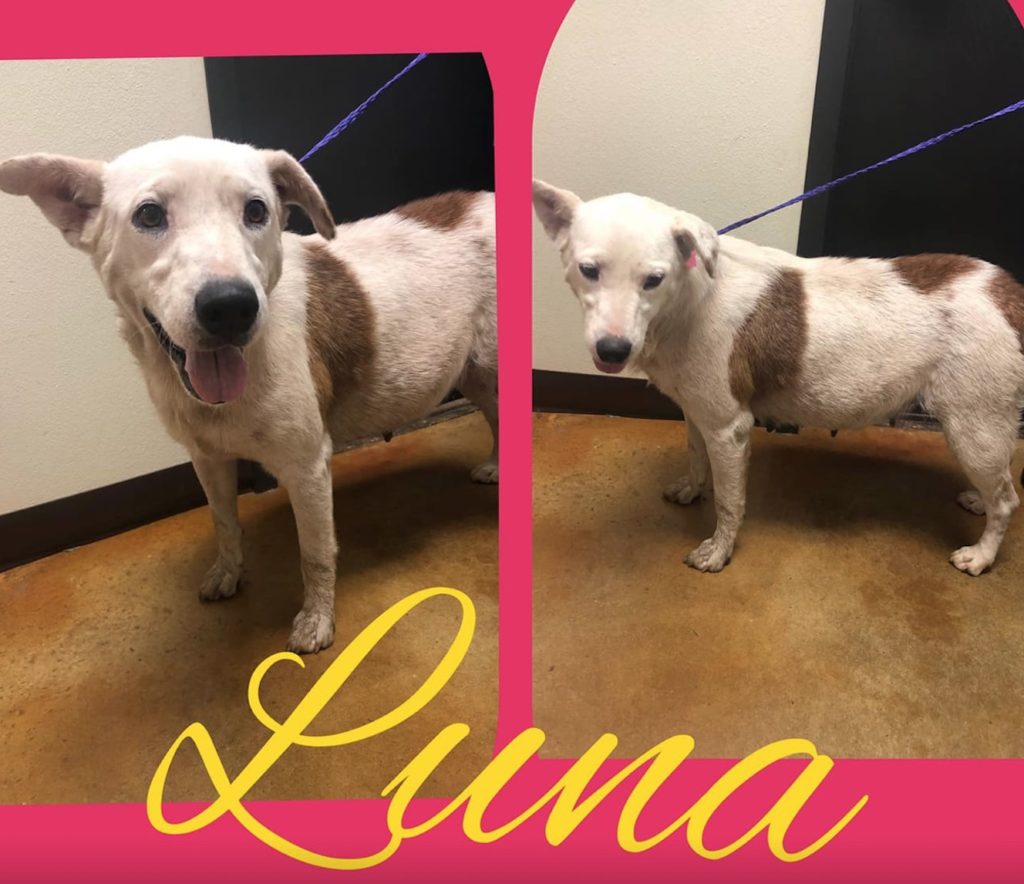 Luna is a heeler lab mix who was picked up by Smith County Animal Control on a county road in Winona. It was obvious that labor was going to be coming soon for the very pregnant little lady. She was taken to the county shelter and labor began as expected the following morning.

Luna’s labor was not progressing well, so the shelter made the decision to transfer her to the Kingdom Vet Clinic where she was placed under the care of Dr. Roy Wilmeth. During the examination a puppy that had not survived was found and removed from Luna’s birth canal. Once removed, labor progressed and she gave birth to two puppies. 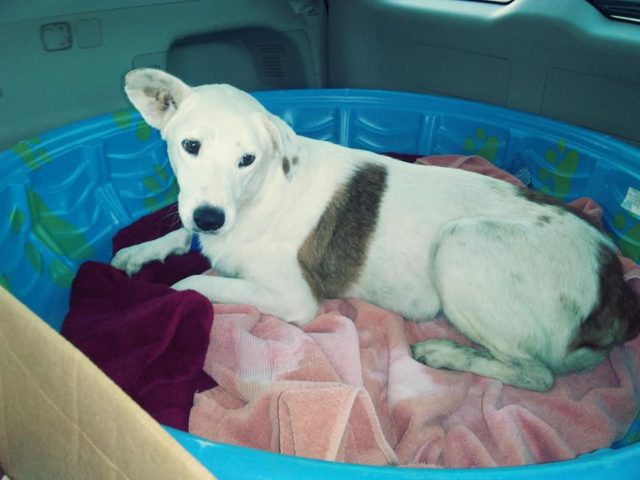 The labor slowed down dramatically after that, but the vet knew there were more puppies in Luna’s womb. Shelter volunteer Lynn Marsh Harty was at Luna’s side when the decision was presented: Luna needed an emergency c-section or she would need to be euthanized, losing her life and the lives of her unborn puppies.

“Obviously, euthanizing was not an option for us or her,” Harty reported.

The vet began the procedure and by the end of the surgery, another 18 puppies were born! Luna was one worn out mama and lost 25 pounds during the birth. Luna is recovering with a foster family alongside her puppies. 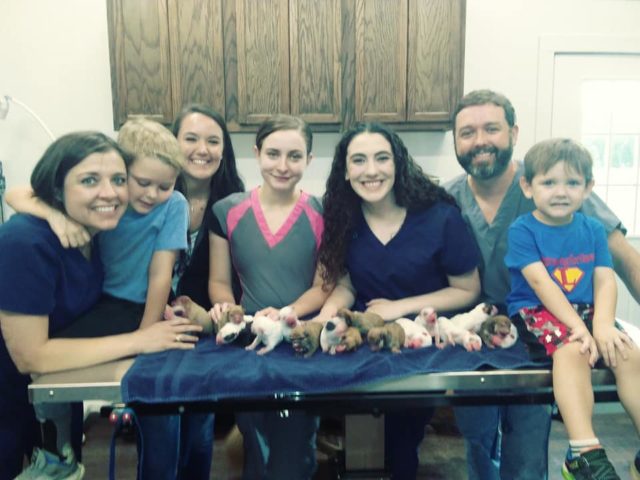 Harty called for volunteers to bottle feed the pups on her Facebook page. Luna’s milk had come in but keeping up with 18 hungry puppies wasn’t feasible. In addition to helping feed the puppies, they’re asking for donations to help with the $1200 cost of the surgery that saved Luna and her puppy’s lives. Rescue group Because4Paws is coordinating fundraising efforts. If you would like to support Luna and her pups, you can do so at because4paws. 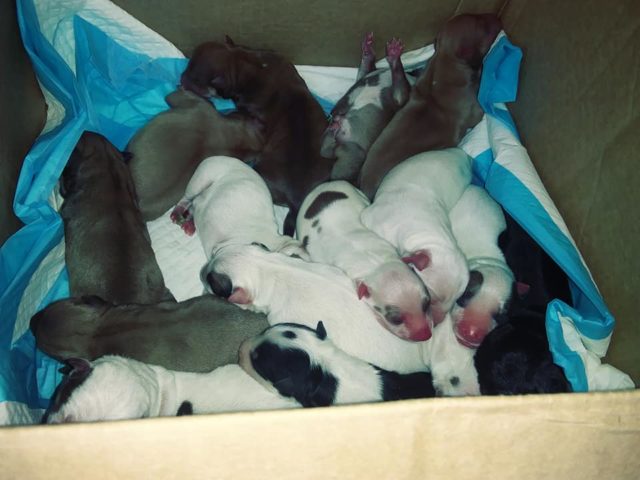 Thankfully with the help of some very dedicated volunteers and vet staff, Luna’s story ended well, but many pregnant shelter dogs do not enjoy the same fate. It’s a good reminder of the huge importance of having our pets spayed or neutered.

The post Texan Mama Dog Does It Bigger – Gives Birth to 20 Puppies appeared first on iHeartDogs.com.