If you’ve paid the least bit of attention to the news over the last decade or so, then you’re familiar with “Florida Man.” It’s a headline turned living legend. “Florida Man” has now taken on an entire identity, fueled by nonsensical and sometimes hard to believe antics. From alligators thrown into drive-thru windows to assaults involving porcelain squirrels, “Florida Man” never fails to disappoint.

“Florida Man” struck again recently. FoxNews.com says a man in Florida was arrested after being found naked and high on meth. But, in the process of his naked escapade, he decided to bite a police K-9. Meth makes you do strange things. And on this particular night, those strange things included bird noises, mud, a foot chase and growling like a dog. Except there was an actual, highly trained dog who didn’t find it amusing.

Police with the Columbia County Sheriff’s Department found 38-year-old Donald Watts acting erratically. They had been called to a residence in High Springs, Florida after multiple calls came. Neighbors reported someone was using meth and going through yards with a flashlight. Officers found Watts naked, covered in mud, and in shallow water making bird noises. Pretty tame for “Florida Man.” But, as is typical for the mysterious “Florida Man,” Watts took off and things got weirder. 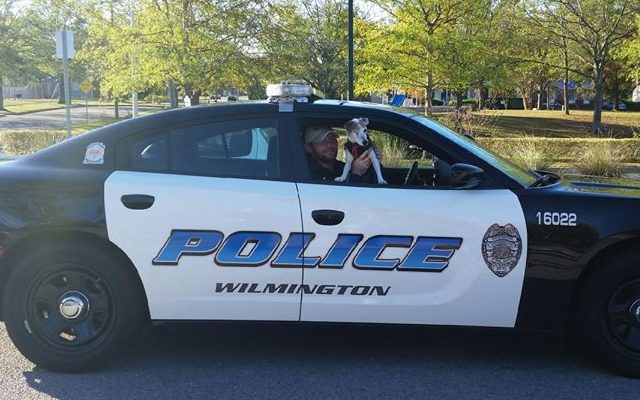 Hey, Florida Man! Leave The Doggin’ Up To Dogs!

A total of seven deputies and a K-9 responded to assist in locating him. He was found under the porch of a nearby mobile home but he refused to come out. Attempts to use a taser were unsuccessful. Watts then somehow ran into the woods. It was around that point that he channeled his inner K-9 and got on his hands and knees and growled. That happened to be about the same time that K-9 Casper was deployed.

Watts jumped forward and bit Casper on the ear. As could be expected, Casper returned the favor, biting Watts on the head. Watts was then taken into custody and he had a pitstop at the local emergency room on his way to jail. He was charged with simple battery, aggravated battery on a service animal and two counts of resisting arrest along with a $37,000 bond.

There’s no word on Casper but we’re sure he will be back to apprehending the next “Florida Man” in no time!

The post K-9 Not Amused By Florida Man’s Antics While On Meth appeared first on iHeartDogs.com.