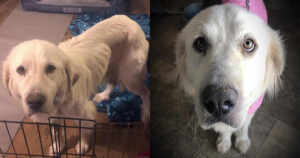 As one of the larger dog breeds, the Great Pyrenees needs a lot of food! That means Saving Pyrs in Need (SPIN) requires a ton of food to keep their big rescue pups happy and healthy. Thanks to you, SPIN keeps those food bowls filled and their rescued Pyrs on their way to their forever homes. All because you shop with a purpose!

And shopping with a purpose means you can feel good about getting a little something extra for yourself! Bet yet, grab that extra toy and make your dog’s day while helping shelter dogs get fed because every purchase you make donates money to rescues and shelters working hard to care for dogs and puppies in need, all thanks to a partnership between iHeartDogs.com and Greater Good Charities. This purpose-driven family of charities devotes their efforts to improve not only our lives but the lives of animals too. And one of the best ways to serve animals in need is by filling their food bowls and giving them the comfort of a full belly. And the Rescue Bank, a pet food distribution initiative developed by Greater Good Charities, has been keeping hungry bellies full for over a decade.

Alone and Starving But Still A Sweetheart

Ivy is one of the rescue dogs who found a second chance at forever thanks to SPIN Rescue of Garland, Texas. You helped her get there thanks to your good taste in shopping. And Ivy wants to thank you because she was eating 12 cups of food in a day at one point during her rehabilitation!

But she needed it.

Found wandering a rural area, Ivy was alone in the winter cold, SPIN explaining, “When our volunteer picked up the dog, she was a barely walking skeleton with hair.” 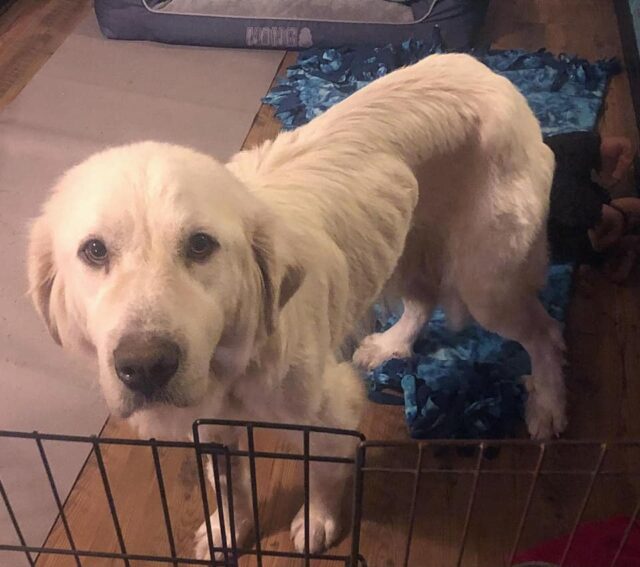 Rushed into emergency care, Ivy spent four days in the ICU. She weighed only 49lbs. Estimated at just a few years old, she should have tipped the scales closer to 85 pounds. Plus, muscle deterioration and an old pelvis injury left Ivy barely able to walk, but “she was still the happiest, most affectionate girl.”

Ivy ate only boiled chicken and rice for the first couple of weeks, but soon, she started enjoying some kibble. Staff gradually added the kibble to her food and the amount grew and grew. Eventually, it reached those 12 cups a day, finally equaling to 360 cups over one month! Ivy was a hungry dog, and SPIN was once again thankful for the Rescue Bank donations they receive.

“We are so thankful for our relationship with Rescue Bank,” SPIN said. “Because of the food we get through the program, we were easily able to provide Ivy with high quality, nutritious dog food.”

“When Snowmaggedon came to Texas, she had a thick doggy coat and protective doggy shoes we got from a Rescue Bank distribution. They kept her warm and her feet dry while she was outside playing in the snow.”

Hard to Let Go, But Forever Had Arrived

Ivy gained more than 20lbs. thanks to that good food and the love of her foster family. And when the time came to go forever home, her foster mom had a hard time letting go of this sweet girl.

As Spin shared, “She did though, and the family were repeat adopters so her new doggy sister was also a Great Pyrenees!” SPIN still received regular updates on Ivy, and they are proud to report, “she is living her best life with them.”

And you made this possible! So, keep shopping with  iHeartDogs.com to keep saving dog lives.

The post Ivy Thanks You For All The Good Food That Helped Her Get Back On Her Big Paws appeared first on iHeartDogs.com.