Is The NFL Wrong To Honor Michael Vick As A Pro Bowl Legends Captain? 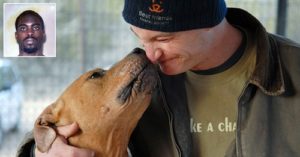 The name Michael Vick sparks feelings of sorrow and rage in the hearts of animal lovers everywhere. Sorrow for the countless dogs that suffered and died at his hands. Rage for the way his crimes were swept under the rug and seemingly forgotten by the NFL.

Recently, these feelings were reignited when the organization announced Vick’s nomination as one of four “legends captains” for the upcoming NFL Pro Bowl.

A petition started by Joanna Lind has more than 420,000 signatures. The message at the top reads:

“Just saw this on Facebook and was absolutely disgusted. When is the NFL going to take any responsibility for the behavior of its current and former players? To honor a man who had zero regard for animals is unacceptable and I would like your help to make sure he is NOT honored at the 2020 NFL Pro Bowl.”

Another petition, created by Aladdin Nation, has over 215,000 signature and proclaims:

“Mike Vick does not deserve the honor of being Pro Bowl Captain. He is a convicted felon and a known animal abuser, is this who we want our children to look up to? Disney, how could you condone this?? There are so many players that have made amazing contribution to society, however Michael Vick is not one of them.”

The legends captain title means Vick will serve as a mentor for Pro Bowl players and be present on the sidelines on game day. He will also attend various events throughout Pro Bowl Week in Orlando.

The other three captains are Former Washington cornerback Darrell Green, Buffalo Bills defensive end Bruce Smith, and Denver Broncos running back Terrell Davis. However, as Yahoo Sports writer, Jason Owens points out, these players did not “organize a dogfighting ring that saw dogs tortured, electrocuted, drowned, hanged, shot and beaten to death, according to Department of Agriculture officials who investigated Vick’s Bad Newz Kennels in 2007.”

Did Vick’s punishment fit the crime?

After a polygraph exam revealed Vick was lying about his involvement in the dogfighting ring, he confessed. He served 19 months of a 23 month sentence before returning to the NFL for seven additional seasons. He was even honored as the 2010 comeback player of the year. After that, he signed with Fox Sports as an analyst.

What many people don’t realize is that Vick never served a day in prison for animal cruelty.

“Neither Michael Vick nor any of his Bad Newz Kennels cohorts were ever tried let alone convicted for animal cruelty. The federal case was all about racketeering,” Francis Battista, co-founder and chairman of the board of directors for Best Friends Animal Society said.

In other words, Vick’s record is clear of any animal-related charges. Therefore, his fans were spared the most gruesome details of the investigation.

After just a year-and-a-half, he was welcomed back into the world of professional football with open arms.

According to an investigator, after failing his FBI polygraph test, Vick uttered the words:

“Yeah, fine, I killed the dogs. I hung them. I slammed them. I killed all of them. I lost f***ing millions all over some f***ing dogs.”

This quote comes from the 2009 book, Bad Newz: The Untold Story of the Michael Vick Dog Fighting Case. The author, Kathy Strouse, was a lead investigator with the Virginia Animal Control Association who helped uncover Vick’s crimes.

In addition, a 2008 report on the case from the U.S. Department of Agriculture’s inspector general-investigations division noted that, “Vick, Peace and Phillips thought it was funny to watch the pit bull dogs belonging to Bad Newz Kennels injure or kill the other dogs.”

More gruesome details from the report can be read at ESPN.com.

While working to rebuild his football career, Vick also sought to restore his reputation by advocating for the Humane Society’s anti-dogfighting campaign.

“The best thing to do was make amends for what I did. I can’t take it back,” Vick told The Pittsburgh Post-Gazette in August 2016. “The only thing I can do is influence the masses of kids from going down the same road I went down. That’s why I work with the Humane Society and affecting a lot of kids’ lives and saving a lot of animals. We’ve had lot of a progress. We’ve been able to change some laws and do some great things that I’m very proud of.”

However, in light of witness testimony and Vick’s own comments during the investigation, can we really believe his remorse is genuine?

What happened to the surviving dogs of Bad Newz Kennels?

51 dogs were found alive when Vick’s property was raided. Two died from injuries/illness. One was humanely euthanized due to injuries/illness. And one was put to sleep for aggression. The remaining 47 dogs were dispersed among experienced rescue groups.

Best Friends Animal Society took custody of 22 of the most traumatized animals. According to their website:

“Some of the dogs would flatten themselves like pancakes to avoid being noticed by people. Some expressed fear toward both humans and other dogs.”

Thanks to the training, veterinary care, and in-depth emotional support they received at the Best Friends Sanctuary, many of the dogs earned their Canine Good Citizen certificates and went on to loving homes. Some even became service dogs and therapy dogs.

Only two of the 22 horrifically abused animals were court-ordered to remain at Best Friends for life. Even these two gave their trust to a handful of select employees, living out their days in happiness at the Sanctuary.

The surviving dogs are affectionately referred to as the Best Friends “Vicktory” dogs. Read some of their incredible stories here. 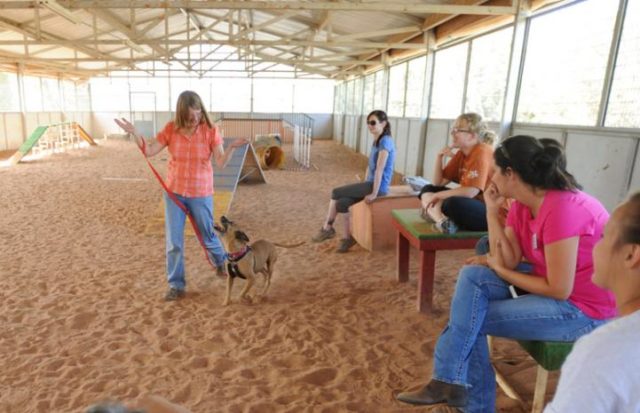 Do you think Michael Vick deserves to be honored as an NFL Pro Bowl legends captain? Should his past finally be left behind him? Let us know what you think!

If you would like to add your name to the Change.org petitions calling for Michael Vick’s removal as a Pro Bowl captain, click here and here.

Despite the recent uproar, the NFL has yet to comment on the petitions or Vick’s status as a legends captain.

The post Is The NFL Wrong To Honor Michael Vick As A Pro Bowl Legends Captain? appeared first on iHeartDogs.com.