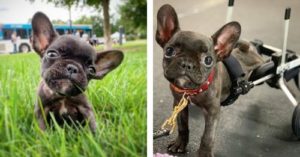 The Mr.Mo Project is an organization dedicated to finding loving homes and lifetime support for senior dogs in need. Though their typical rescues are often grey in the face, they just couldn’t turn away a spunky French Bulldog puppy with an incredible will to persevere.

Chris and Mariesa Hughes were notified of a tiny Frenchie puppy with a devastating spinal defect that left him unable to use his back legs. Though their rescue is dedicated to the support of senior dogs in need, they decided to go ahead and meet the adorable French Bulldog puppy anyways. Once they laid eyes this small yet vivacious pup, they just couldn’t say no.

They immediately welcomed the paralyzed puppy into the care of the Mr.Mo project, and even gave him a name that fit his outgoing personality. They named him Freddy Mercury in honor of the animated singer, and this name couldn’t have been more fitting!

Despite the severe spinal defect that Freddy was born with, he still had a personality that could brighten anyone’s day. Though he was unable to move his back legs, he was determined to defy the odds and become the playful and outgoing puppy he knew he could be.

The Mr.Mo project immediately began his therapy process, which included the addition of his very own custom wheelchair. With this incredible rescue by his side, he began his journey to recovery.

As each day went on, Freddy’s back legs grew stronger and stronger. The legs that once drug behind him as he moved, were soon standing proud with the assistance of his wheelchair. His foster parents brought him around town in his wheelchair, enrolled him in puppy therapy, and helped him perform exercises that would build up the muscles in his back legs.

After three months of diligent rehab and TLC, Freddy Mercury is now zooming around his foster home, hopping up handicapped ramps, and playing alongside his foster fur siblings. When looking at this triumphant pup now, you would never know the physical challenges he faced in his past. 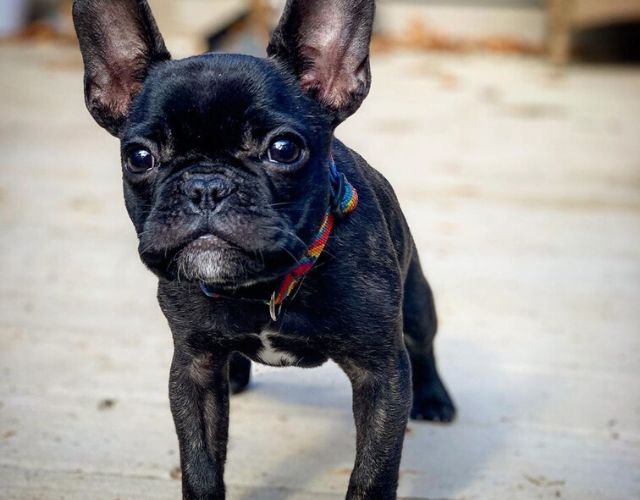 “Frenchie Mercury” is an incredible example of how with the help of a dedicated animal lover, any dog can make a miraculous recovery! We’re sending a huge thank you to the Mr.Mo project, and everyone who has participated in Freddy’s journey.