Dogs Suffer as More Are Abused Online, And Justice is Never Served 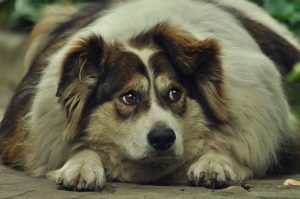 Warning: photos of abuse below.

Dogs are trending online, whether it’s through heartwarming rescue stories or their continuous adorable antics. It seems like a positive trend to support, but what happens when online influencers are objectifying their pets for the sake of likes?

Some online influencers are doing just about anything to gain attention, even if it involves hurting their pups in the process. What some online users are passing off as “harmless pranks”, are beginning to spark outrage.

Videos have surfaced of pet owners force feeding their animals vodka, biting and punching their pets in hopes of getting a response, and even, horrifically, throwing their pups in the dryer. How could any of these actions be that of a responsible pet owner, who has their dog’s best interest at heart? Animal lovers around the world are livid, and want to see justice. But will it ever come?

Some of the more well-known injustices in the animal world have gained attention for their lack of follow through with punishment. One of them being the recent case of the YouTuber Brook Houts, where a video surfaced of her “accidentally” slamming her dog Sphinx to the ground after repeatedly punching him, and finally spitting on him to finish the task.

This video spread quickly across the internet, enraging every animal lover in its path. The video gained the attention of several well-known influencers, and animal rights organizations like PETA, demanding that all animal abusers be banished from YouTube, and face criminal charges. There was even a petition started in Sphinx’s honor, in an effort to ban the online star from YouTube, which was at that point her main source of income. It seemed as though the battered pup was on his way to receiving the justice that he deserved.

In an official report from the LAPD, Brook Hout’s actions were disturbing, but in no way illegal. There would be no criminal actions taken against the YouTube star, and Sphinx would remain in the home. Unfortunately, this is just one of the many mistreated animals who will remain in a hostile environment.

Another recent case involves that of a Twitch user who allegedly choked his dog to duress after losing an online game. The “kryptixelitetv” account claims that the video of the abuse that went viral, is actually footage of him helping his dog who was choking on the stuffing of a pillow. He claims that he was not actually choking the dog, but was instead pulling stuffing from his mouth in an effort to clear his airway.

Those who saw the video live claim that this was not at all the case, and that it was very clear that this was an act of violence and abuse on the poor pup. The twitch user has since deleted all of his social media platforms, and has essentially disappeared from the spotlight. It’s unknown if he has been contacted by law enforcement, or if he will ever face punishment for the senseless act. (You can see the video here – but be aware that it is disturbing.)

Every day we are reminded of the unfortunate fact that a dogs’ best interest is never the main priority in the eyes of the law. Even recently, Florida legislation proposed a bill that would punish any pet owners that left their pet behind during hurricanes or other natural disasters. Even with the support of the public, this law failed to pass. This is just one more example of how dogs continue to suffer, with no repercussions to those who caused it.

We live in a world where kindness and compassion are valued under the opportunity to gain likes and online fame. It is terrifying to think that animals will continue to suffer at the hands of those who don’t consider them worthy of equal rights.

It is up to us to continue to advocate for our voiceless pups, and ensure a swift punishment to those who cause them harm. Maybe one day our efforts will help to make a difference!

The post Dogs Suffer as More Are Abused Online, And Justice is Never Served appeared first on iHeartDogs.com.