Dogs Have Served As “Battle Buddies” For Over 2,000 Years 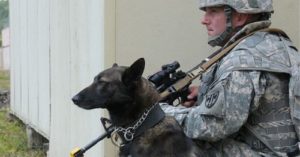 Dogs have been documented in daily life for almost all of recorded time. With their impressive working skills and fierce loyalty, it’s no surprise that there are records of dogs serving in battle as far back as 600 BC.

Dogs were originally bred for specific purpose, such as herding, hunting, and serving as the family watch dog. With skills like this, it wasn’t long before they were recruited to help serve in military efforts.

Not only have dogs followed their humans into battle, they have also been leaders in a number of great armies. Some of these epic battles include Xerxes’ invasion of Greece in 479 BC, Iron Age kingdom of Lydia in Greece in 600 BC, and their presence in multiple Spartan sieges.

Their colorful history in historical battles helps paint the image of how truly diverse a war dog can be. Though we often picture our war dogs sniffing bombs, this is just one of the incredible tasks that our furry battle buddies are capable of.

What tasks have war dogs performed?

This impressive group is in charge of every single military dog related task. This includes their handlers, the dogs, the training, and each of their assignments. With such extensive knowledge on the subject of military dogs, Major Matthew Kowalski says the roles of these military dogs have drastically changed over the years.

First, Kowalski speaks of the dog’s tasks in the Korean War and Vietnam, where they were used to find underground tunnels and sentinels. 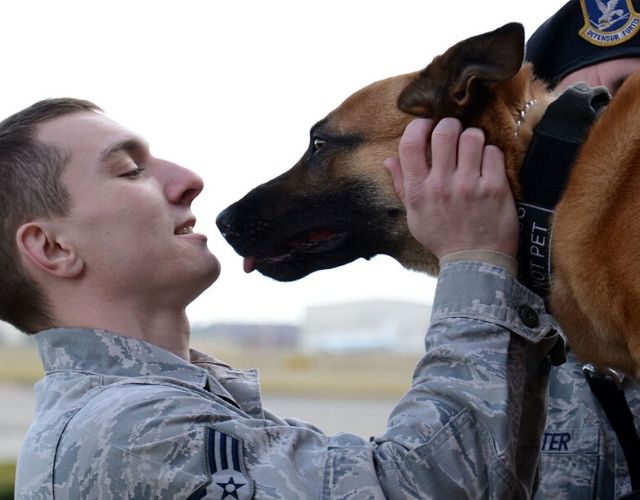 He then speaks on their progression to now, where they are used to hunt down people and IED’s.

Aside from their ability to sniff out potential danger, are their equally important tasks in patrol. These highly trained pups are invaluable and continue to prove their worth in military works.

Why do we still need military working dogs?

When it comes to MWD’s, some ask if they are still as valuable in our work today, and if their skills can be replaced with a human or machine. According to Kowalski, their specific skills are impossible to replace.

“These dogs are amazing assets. A lot of our science and technology for years has been trying to replicate the work these dogs do. Their olfactory glands are 10,000 times more sensitive than any piece of equipment we’ve been able to develop. So the detection work they do, a dog finding explosives or drugs, that’s never going to be replaced.” – Kowalski

Their Role As A Partner

Though military working dogs have skills that even a machine can’t possess, they are still seen as living breathing beings to their handlers. The bond formed between a working dog and their partner is one like no other, and often lasts long past each of their served time.

“We have a tradition in the program. The K-9s don’t have a formal rank by structure, but they do traditionally hold the rank of a non-commissioned officer. Handlers are E3s, E4s, and their dog always outranks them. The reason the dog outranks the handlers is so that the handler always has respect for them. You always have respect for your senior NCOs. And these dogs are partners. They’re not pieces of equipment.”- Kowalski

We continue to be impressed by the incredible work that these MWD’s and their handlers achieve, and know that their sacrifice for our country is one that can never be repaid.

We’d like to thank every single Military Working Dog for their service, as well as their hard working handlers!

The post Dogs Have Served As “Battle Buddies” For Over 2,000 Years appeared first on iHeartDogs.com.