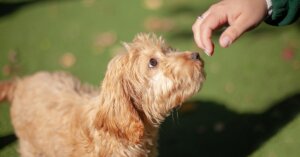 All dog lovers have an image of the perfect pup in their mind. Unfortunately, the physical traits we find cutest do not always match up with the personality traits that suit our lifestyle.

The Dog House, which premiers this week on the streaming platform HBO Max, showcases a new method of pet adoption. Described as “doggy dating,” these matching techniques are designed to help adopters avoid the usual pitfalls.

The show takes place at the Wood Green Animals Charity in the English countryside. Series producer, Anna Llewellyn, wanted to create a docuseries that “uses dogs as a prism through which to better understand people and their stories.”

“I started just going around rescue centers in England, trying to work out what stories were there and how we might make a series,” Llewellyn told Salon.com. “And then I came to Wood Green, the animals charity in Huntingdon. They had set up this brand new building and it was entirely dedicated to re-homing and matching members of the public with their rescue dogs.”

Each 47-minute episode follows three individuals or families as they go through Wood Green’s unique pet adoption process. It is this approach that originally drew Llewellyn to Wood Green.

Instead of allowing potential adopters to wander the kennels, employees initiate a conversation about their ideal dog. Based on that discussion, they identify potential matches from their doggy database.

Adopters then head to Wood Green’s Meeting Pen to interact with the dogs in a quiet environment. The grassy area is stocked with toys so folks can bond with the dogs through play.

Sometimes there is an instant connection. Sometimes it takes a while for the humans and dogs to warm to one another. Other times, it simply isn’t a match, and the adoption team heads back to the drawing board.

“And as soon as I saw this, I was like, ‘Oh, this is like matchmaking, this is like going on a date,’” Llewellyn said. “I saw the apprehension. Oh god, I remember seeing this father and son who turned to each other, and they said, ‘I hope they like us.’ They were worried about the dog taking to them.”

Doggy Dating May Be The Future Of Pet Adoption

The matchmaking approach is much more successful than simply checking off boxes on a standard application.

“We advocate for shelters and rescues to have inclusive adoption and foster policies that rely more on a conversation rather than a list of requirements for that family to meet,” says Kitty Block, CEO of the Humane Society of the United States. “Conversational adoption processes are far more effective in preventing returns than long applications because they ensure adopters receive information they need to find a great match for their lifestyle.”

What do you think of this approach to pet adoption? Will you be tuning in to watch The Dog House?