“Disneyland For Dogs” Is Coming To Texas! 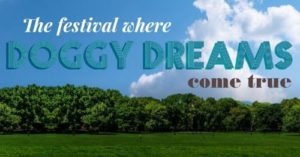 Your days of leaving your pup behind to head to your favorite amusement park are over. It’s a dogs turn to soak in the fun now!

A festival that’s being named the “Disneyland For Dogs” is making it’s way to Texas in 2020, and it is bringing with it a ton of furry fun. Puptopia is ready to take the dog world by storm.

Puptopia is promising an array of fun activities that are sure to get your dog up and moving. Some of these exhibits include a “Dog spaw” featuring “peticures”, an owner lead agility course, “aromatherapup” services and doggie massages, a “pawground” for play time with all kinds of canine friends, and a K-9 lounge with food and drinks.

This canine dream will even include some adorable photo-ops that consist of nine-foot-tall fire hydrants and giant dog bowls filled with kibble balls. Have your camera ready!

This doggie Disneyland will also host performances from celebrity pups, as well as meet ups with your favorite canine stars. Your dog can get a photo with their favorite Instagram pooch.

“The chosen markets represent the cream of the crop when it comes to the number of dogs owned per capita, discretionary dollars spent on dogs per capita, dog-friendliness and general canine culture.” representatives said in the release.

Puptopia will make its debut in Dallas, Texas , then makes its way to Houston and Austin soon after. Each of these cities are known for their love of dogs, so this canine amusement park is sure to be a hit.

Puptopia is building up the hype around this pup-tacular event with their allusive, yet adorable posts. Each week their posts show a bit more about this adorable playground for pups, getting dog owners everywhere excited for this mysterious dog centered festival.

We don’t know about you, but we can’t wait to see what this Puptopia Festival is all about! If you are interested in attending these events, the current dates for this coming Spring are:

Tickets go on sale in December at $25 for one human and their furry best friend. You can purchase them here, and find out a bit more about this furry festival of fun as more details are released!

As their Instagram says, have the best doggone day ever at Puptopia Festival!

The post “Disneyland For Dogs” Is Coming To Texas! appeared first on iHeartDogs.com.