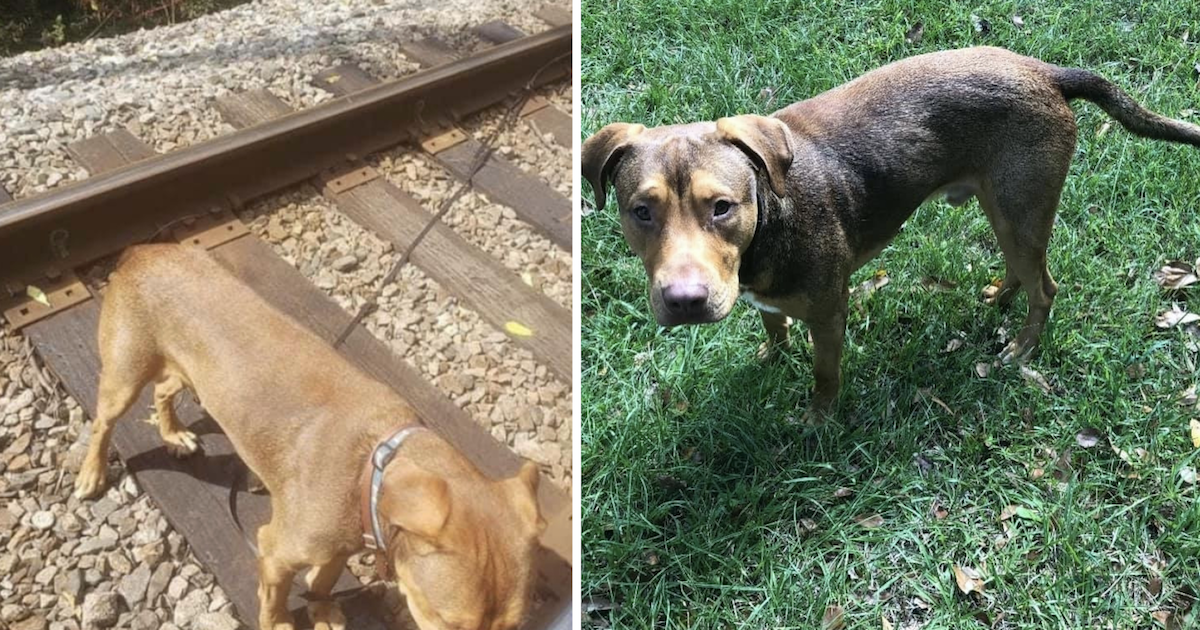 Dan Winkelman knew something was wrong the moment he heard a dog barking in the distance. The barking sounded frantic, and as he got closer, he realized it wasn’t coming from someone’s yard. Instead, the sound came from the forest.

The barking led Dan to the train tracks, where a dog was sitting in the middle. The dog’s leash was caught on the tracks, but it was no accident. As Dan examined the leash, he realized that it seemed to be deliberately tied by a human. How could anyone do such an awful thing to an innocent dog?

Dan and his wife, Jennifer Winkelman, worked together to free the dog, but it wasn’t easy. They wished they could’ve found the person responsible right then and there.

“There’s no mistaking it. The dog did not just get it wound up there,” Dan said. “Those were human-tied knots. And I tried to untie it, but they were pulled so tight that I couldn’t get them undone.”

After they freed the dog and brought him home, they heard a train go by only half an hour later. If they hadn’t saved him, he would’ve suffered a gruesome death. The couple loves dogs, but they already have four, so they didn’t consider keeping him.

So, the dog, who is now named Max, is staying at Operation CARE in York, South Carolina. He’ll be put up for adoption after his medical care is complete. Spartanburg County Animal Control is also searching for the person who did this.

Animal control officials think they’ll find the suspect soon. The Winkelmans live in a small community where many people know each other, so someone must’ve seen the dog before.

Jennifer hopes the person is punished because they might be a threat to their society. If they’re willing to leave a dog to die, what else are they capable of?

“If they felt comfortable enough about leaving this animal to die, what is their mindset?” Jennifer said. “And then we’re irate because we wished we had seen someone walking down that way but we didn’t. But we would’ve loved to have found this person and just at least call the cops on them. That was horrible what they did.”

Right now, Max is doing just fine, but no one knows what he has been through or what his past looked like. Yet, it’s clear that he deserves a safe, loving home for the rest of his life.