Community Raises $38,000 For Child To Get Service Dog

Imagine worrying every single day for the last 15 years that someone you love could pass away at any time. Now imagine that you’re the parent of a child who could die at any second.

That’s the reality for one Houston-area family. Heather O’Harra is the mother of 15-year-old Kayley. Kayley was born with a rare genetic condition that causes her to have seizures. They first realized she had the condition when she had her first seizure at just a few months old.

If Kayley were to have a seizure during the night and no one was around to help, it could be deadly.

“First thing I do in the morning as a mother is check to make sure my daughter is still breathing,” O’Harra said.

There Was One More Barrier To Overcome

Kayley’s family has spent the last 15 years running on very little sleep and relying on cameras to monitor her during the night. Recently, the family found relief through the California non-profit Doggie Does Good. The non-profit trains service dogs to the highest standard and pairs them with their lifelong companion. They’re so diligent in their training and pairing efforts that their success rate is incredibly high. It can take 6-12 months for a pup to be fully trained, but that isn’t the only hurdle to overcome.

The cost of a trained service dog may send shockwaves through you as you read this – $38,000 in Kayley’s case! That’s no tiny price tag, and many people would give up hope, but not Kayley’s family. 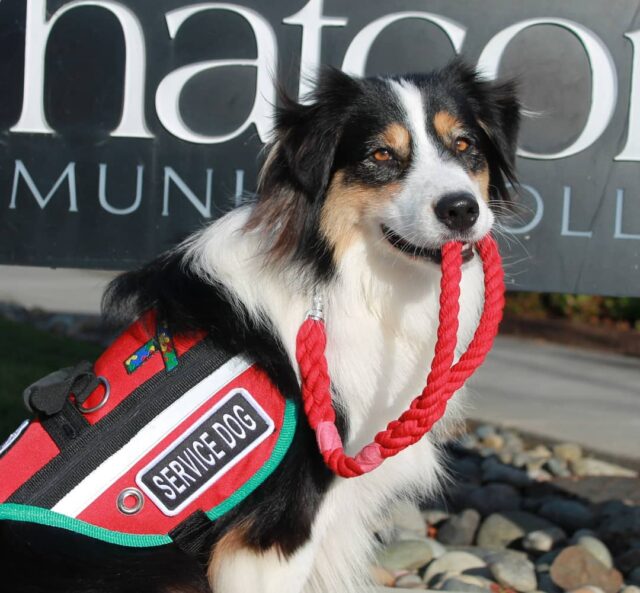 Incredible Things Happen When A Community Comes Together

The family started an online fundraiser. Bit by bit, the money started to add up.

Companies of all sizes, law firms, friends, family, and strangers helped to change Kayley’s future. Over 200 people donated, and after six months, Kayley finally had enough money for her very own service dog!

Even though their fundraising goal has been met, some donors are still continuing to offer their support. One woman even offered to pay for dog food for a year! After all, every hard worker should have a full belly!

This is Vinny – a 6-month-old Labradoodle – who will be Kayley’s new lifesaver. He’ll sleep in bed with her and alert her parents if she has a seizure. This will allow them to get to Kayley in time to save her life if needed.

“To think I can sleep peacefully and feel like she’s protected at night, it’s something I never thought would happen,” Heather O’Harra said.

Vinny will begin training in October and will go to his new home about eight months later. He’s proof that some guardian angels have four legs and a tail.

The post Community Raises $38,000 For Child To Get Service Dog appeared first on iHeartDogs.com.