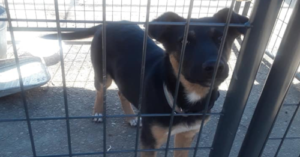 The City of Orange Cove has had a contract with Friends of Orange Cove Animal Shelter (FOCAS)  since 2015. Under the agreement, FOCAS received $2500 a month to shelter the city’s stray dogs. Orange Cove is a small, rural town in the central valley of California. FOCAS had quite a big job to do because unfortunately illegal dog breeding and animal neglect is a big problem in the city.

The $2500 fee covered a part-time worker to come check and clean the kennels daily and dog food. All of the other costs associated with the care of the dogs, such as vaccinations, medications, and supplies came from donations. The team at FOCAS had the skill set and connections necessary to secure those donations and properly care for the dogs.

The City of Orange Cove suddenly ended its contract with Friends of Orange Cove Animal Shelter (FOCAS) citing that they planned to take animal control in house. The city has an ad out for an Animal Control Officer but the position has not been filled. FOCAS has until December 10th to completely vacate the building. Given the city’s lack of experience, track record, and building conditions, FOCAS is terrified that the dogs will not be given the care they need with the city at the wheel.

City of Orange Cove Failing at Taking Care of Dogs

There is a Husky currently being cared for by the city. He is wearing a collar so likely has an owner out there. FOCAS is worried that the city is not making an effort to locate the family to reunite them with the Husky nor do they believe the city would have the network or know-how to find them in the first place. Further, the Husky is not being cared for properly. In a story aired by KMPH, the Husky can be seen howling. Former shelter director Jolie Wiggins stated that the Husky’s kennel had two days worth of feces in it, with older feces simply pushed outside the kennel. Worse still, he did not have any water inside the kennel for a day.

This pup was put into a kennel  by the city without properly sanitizing the kennel first. This is a serious problem because the last pup placed in that kennel tested positive for parvo virus. Further, FOCAS says that no attempt has been made to locate the family that lost this dog, who is wearing a collar. These are just two of the recent examples since the city took over care of the intake at the shelter. But they have done even worse ‘caring’ of dogs in the past.

FOCAS reluctantly released a photo on Facebook to demonstrate why they fear for the future of the dogs left in the city’s care. Back in August of 2019 there was a residential house fire. The resident dog suffered terrible burns in the incident. The local police department called the city to pick up the dog. They picked him up all right. But then they left the poor, horribly burned dog who was still alive in the back of the vehicle. Two days later a FOCAS volunteer discovered the dog’s dead body still inside the vehicle. This dog should have been taken to a vet to be assessed and then humanely euthanized if that was the only option. Instead, the dog was left alone to die a horrible and agonizing death.

Advocating for the Safety of the Shelter Dogs

FOCAS has every reason to be worried about the dogs that will be taken to the shelter once they are forced to vacate early next month. A city’s obligation to care for the animal population, including strays, within their city limits extends far beyond containing them. By sharing this story, we hope to shed some light on this dark and scary situation. The City of Orange Cove needs to do much better than this and if they can’t, they need to continue relying on those that can, like FOCAS.

The City of Orange Cove abruptly ended its contract with Friends of Orange Cove Animal Shelter. Now, volunteers there are scared for what will happen with strays in the city going forward.