There is a large body of scientific evidence to support that dogs do indeed love their people. Every dog owner knows this to be true. Puppy love is the real deal, and our dogs prove it to us every day with these 8 fur ball ways of saying, “I love you.” 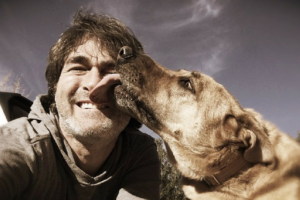 One of the most obvious ways that our pups show they care is by licking our face, hands, and feet. The American Kennel Club says that dogs lick us for a variety of reasons including enjoying the taste of our skin and because they frequently get positive reinforcement for doing it. Dog lovers everywhere know that the real reason they do it is to show us love. As pups, they received a ton of this kind of attention from their mothers. Mama dogs lick their puppies primarily as a means to keep them clean but lots of love and devotion are being communicated through that grooming process. It makes sense that dogs would mimic that behavior with their owners who take such good loving care of them.

Whether you’ve been gone for five minutes or five days, the greeting you expect to see involves a butt that’s wiggling and a tail that’s wagging. Some pups take it to the extreme as the wiggle takes hold of their entire body, stem to stern. This happy dance is the universal sign of pure joy in seeing you and simply radiates love and affection. Wiggling knows no limits across sizes, breeds, and mixes. From AKC registered to mixed rescues, pups big and small perform this adorable ritual, delighting their families and showing they care.

There is a rich amount of research on human hugging. The science behind the warm feelings that a hug delivers has to do with your body’s release of all sorts of feel-good hormones when wrapped in the arms of those you love. Your pooch may not have the right kind of joints to embrace you but she can hug you all the same, in her unique doggie way. Some pups take the arms over your shoulders approach while sitting up on their backsides. Others lower their head and press it into your chest. Whatever the method, pups send a clear signal with these heart-melting hugs.

Parents may be experts at denying that favoritism exists but dogs don’t have that level of diplomacy. They will quite often pick a favorite human and be exceedingly obvious at showing it. Any human that has been repeatedly ditched in favor of another family member knows well the signs of playing favorites. You just may be your pup’s favorite if he lights up every time you walk in the room, abandons the affection of others in search of more attention from you and only you, and generally sticks close by your side. He may also be more obedient when receiving commands from you and show more remorse when he’s done something to displease you. He chooses you above all others and what better way to show he cares? Only having eyes for you is an unmistakable method of communicating puppy love. 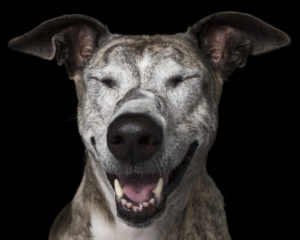 We’ve all seen at least one viral video of pets making very human-like sounds. Some dogs are outright chatterboxes and seem to have an opinion on everything from taking a walk to getting out of bed in the morning. These attempts at verbal communication capture our attention and give us the giggles. Research on the subject proves that many animals, including birds and primates, have the physical ability to mimic nearly every sound in human speech and that when “talking” to each other, meaning is conveyed. However, the message appears to get lost between dog mouths and human ears. Although not well understood, it seems these behaviors are rooted in the desire to please their human rather than actually communicate. Either way, their willingness to try is endearing, and yet another way they show their love.

#6 – Your Guilty Pleasure is Their Highest Honor

Our closest companions, dogs show just how much they care by snuggling up and binge watching any show you care to watch even if it’s one you would publicly deny indulging in. They are honored to be by your side for an endless stream of human entertainment. So long as they are lounging, they couldn’t care less what kind of junk you’re ingesting. They will endure countless rose ceremonies, cat fights, or keeping ups without delivering one caddy comment. Now, that’s love. 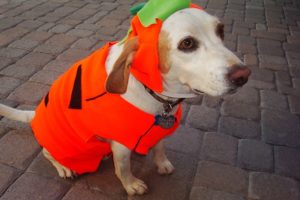 #7 – Endure Anything Just to See You Smile

Pet clothing is a massively successful market and it’s on the rise. A survey by the National Retail Foundation concluded that 31 million people would be dressing up their pet for Halloween 2018 to the tune of $480 million spent on costumes. Plenty of dog owners enjoy dressing up their little pumpkins year round, too. Although many insist that their canine companions absolutely adore being buttoned up, if dogs could talk they’d probably tell us a different story. They endure this entire show because in exchange they receive praise. They do it because they love us and are ready and willing do anything to see us smile.

Research published in Springer Link points to what dog owners already fully understand: dogs read and react to our emotions. When we are excited, they get excited. If we feel nervous, they become unsettled. If we are disappointed, they hope they are not to blame. This phenomenon never rings more true than when you are feeling sad and in need of some sympathy. When life delivers a blow, your dog will be right there to lick the tears streaming down your face. She will tenderly sit by your side and exude compassion and care, bringing you comfort in your darkest hours. She will be there, through thick and thin, and in doing so prove without doubt that her love for you runs deep. 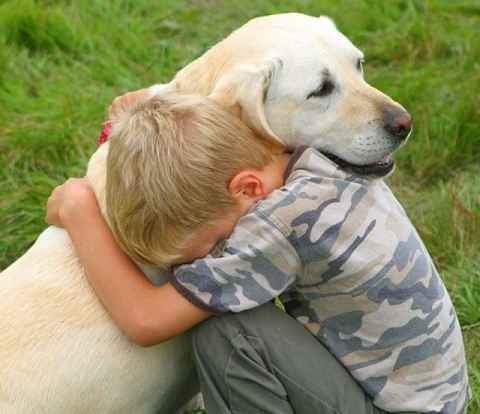 Unconditional Love That Lasts A Lifetime

As they say, love makes the world go round. You feel the love in so many heartwarming ways when you share your world with a dog.

The post 8 Ways Your Dog Says “I Love You” appeared first on iHeartDogs.com.