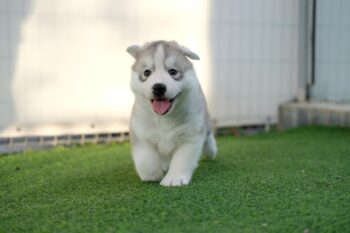 Are you bringing up a new husky and looking for a unique, original or funny husky name? Whether you’re bringing home a new husky puppy, or an older rescue dog, we’ve got some great name ideas shared by our I Love My Husky Facebook community.

We asked our community the following question: Does your husky have a unique name? Share it below along with a pic! Below we’ve compiled some of the most unique name ideas for your new husky. 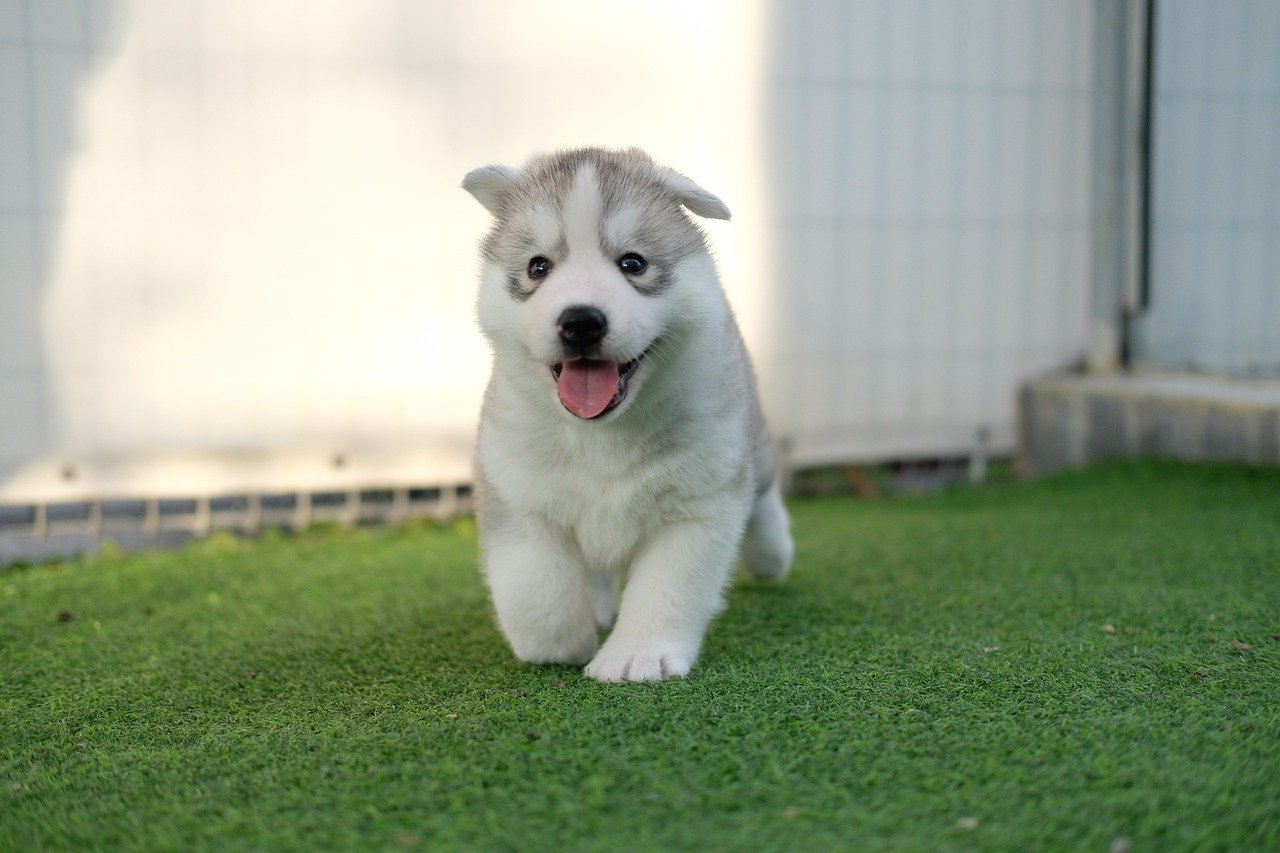 My boy Timba he would never answer to Timba because my granddaughter called him Timmy and he preferred that, he was the most loving dog and he would lean against people he met because it was how he asked for a cuddle and he always got them 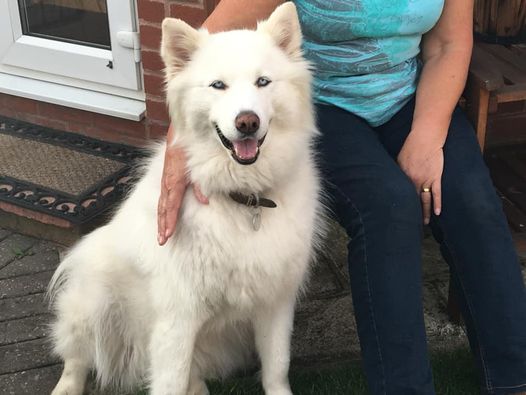 This is my rescue we named her Kerianseray after a character from a book we liked. The shelter we got her from had not given her a name. 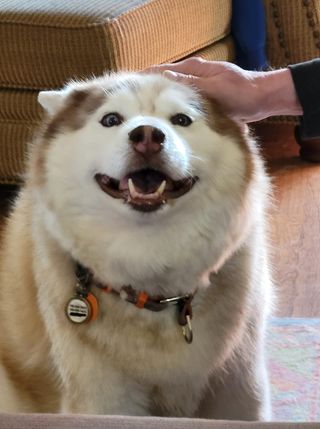 Qannik (pronounced Kennick). His name means snowflake in Inuit! Q, for short, is a very sweet boy, although very bossy and stubborn!! 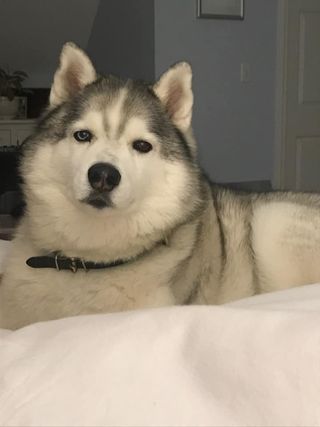 My grandpuppy Codee. Our beautiful girl. 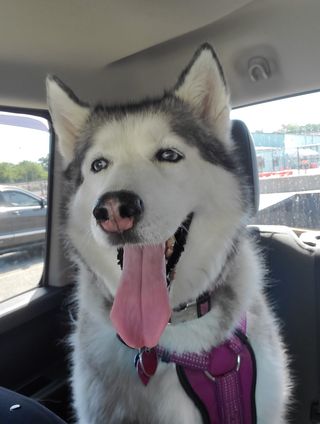 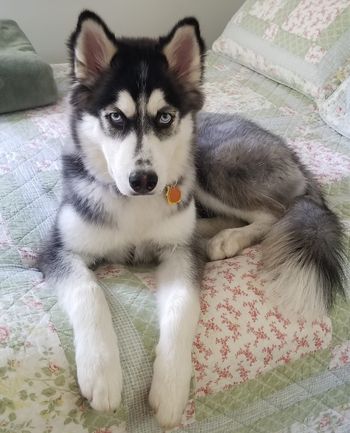 Our Suitcase, rescued from a shelter a year go. There was no history of his past, but as we walked him out to our car I told him that he could unpack his suitcase as he now had a forever home. Well, the name, Suitcase stuck. (on a side note, one of my husbands favorite shows on TV is called Jesse Stone & there is a character in the show named Suitcase, so we had total agreement on the name. 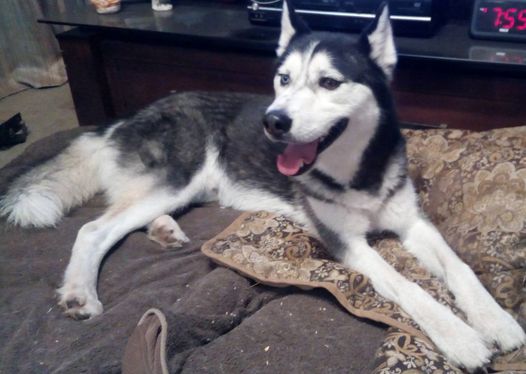 My girl Fig was named in her rescue, before I adopted her. Her profile said her name was Fig, because she was sweet as a fig, and that is definitely true, so I kept her very unique name! I love it as much as I love her! 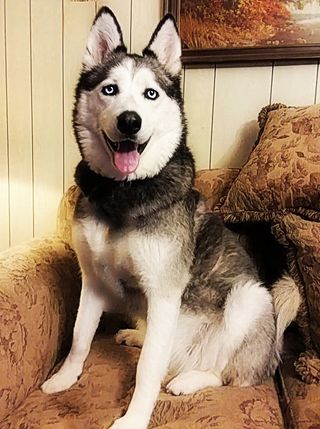 Luna Ripley, Luna because I love the moon , Ripley because of Helen Ripley in Aliens is my Idol 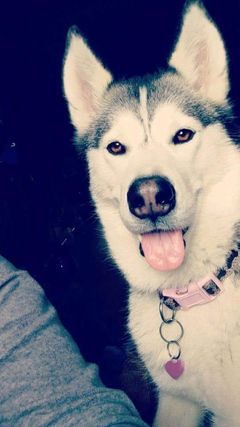 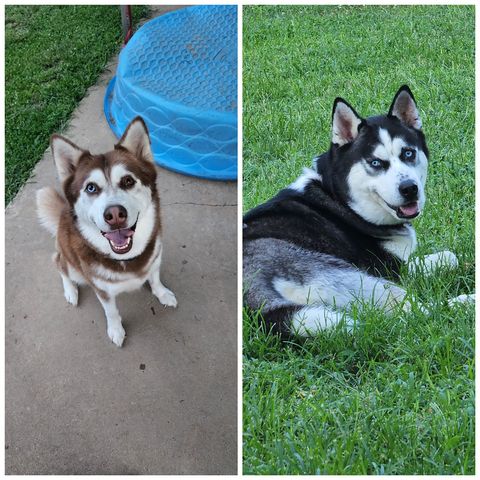 Vexorg – Destroyer of Cats and Devourer of Chickens. The little one names herself, Zornorph – the One Who Comes by Night to the Neighbor’s Yard. 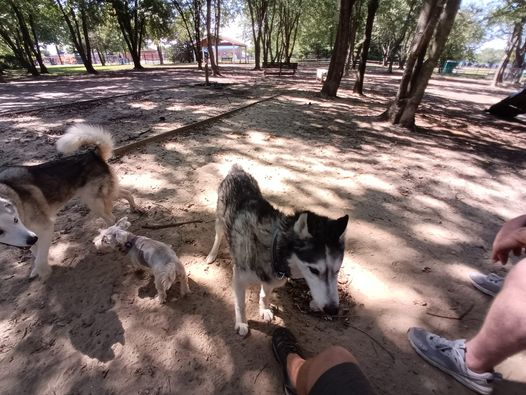 Whisper. She had that name when I got her. And everyone knows that huskies don’t whisper! 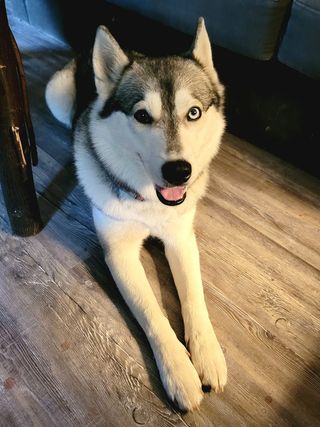 My girl, Star. She passed away almost five years ago at 12. I named her Star cause it was the first thing that came to mind and it’s my favorite shape. 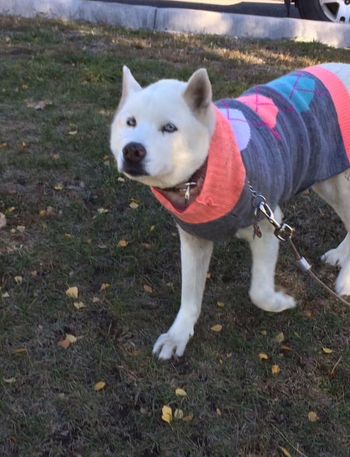 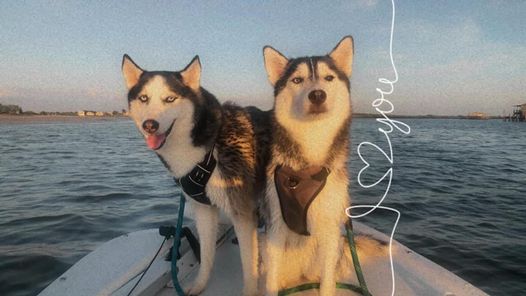 Rowdy…because when he was born he growled and barked at his mom that was cleaning him up…I knew he was going to be a wonderful handful from that very second. 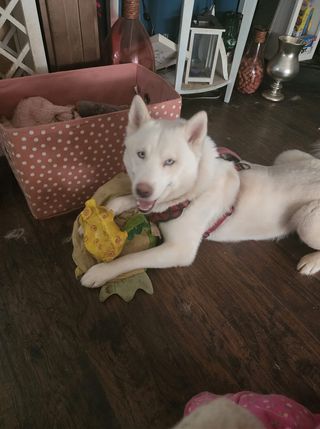 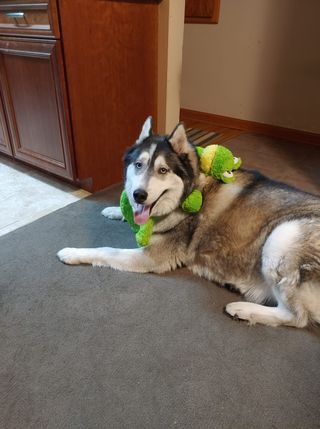 Poe. All the dogs that came to the rescue with him were named after Star Wars characters. He learned his name quickly, and it’s unique so I kept it. 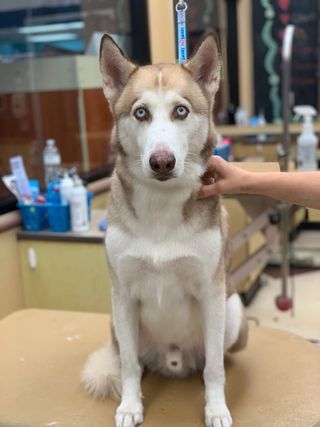 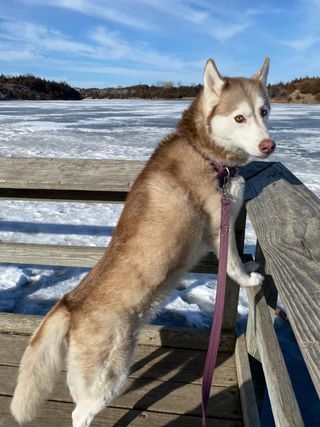 This is Tikaani which means Wolf in Eskimo. His mom is a pure husky, and his dad is a wolf mix. For short we call him Ticky, or Tic Tac lol 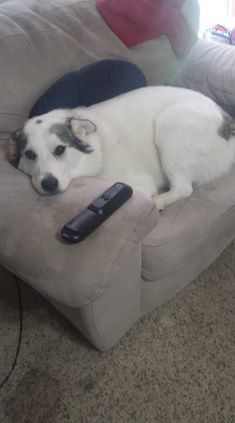 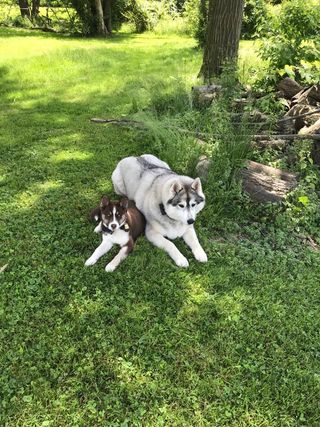 Xena as in Xena Warrior 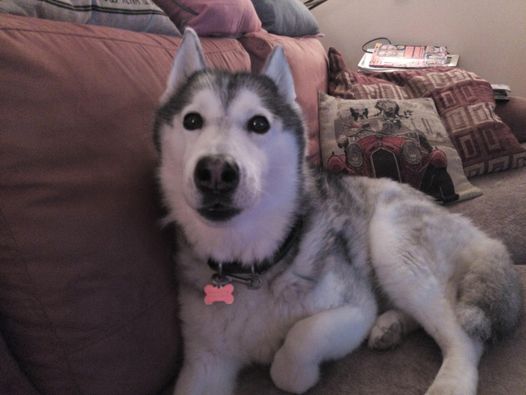 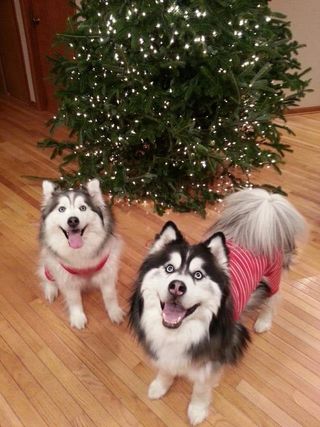 Teemu. Named after a Finnish hockey player. Teemu Selanne. Seen him and Tuukka Rask chatting at an allStars game and thought that’s awesome names for huskies, Teemu and Tuukka. 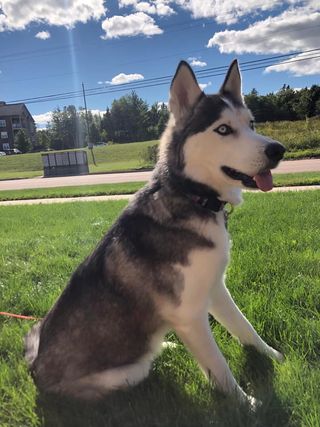 Starr (above) and Dude (below) 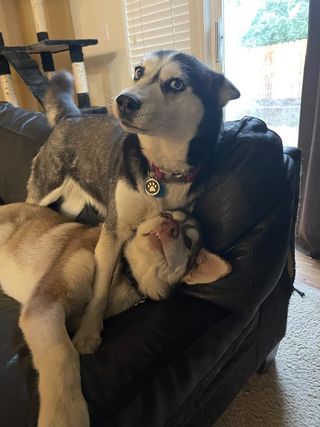 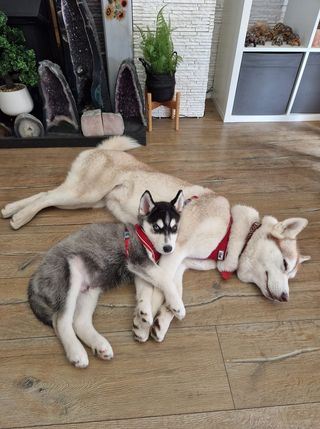 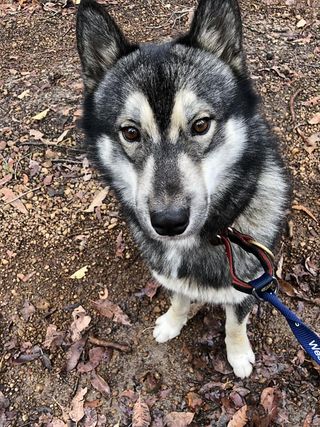 This is Caspian. Her name is an acronym of my grandchildrens’ first name initials. 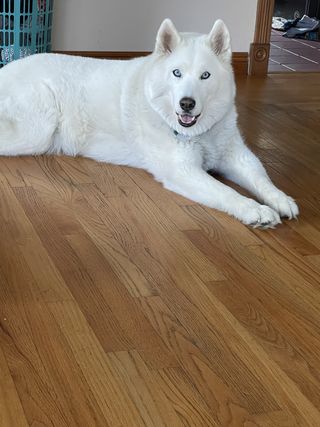 Tuukka. Finnish name for a boy, but couldn’t settle on a girls name so kept it for our girl as in North America most girls names end with an A, and hardly anyone knows it’s a boys name or who we named her after. (Tuukka Rask) Hockey goal tender. 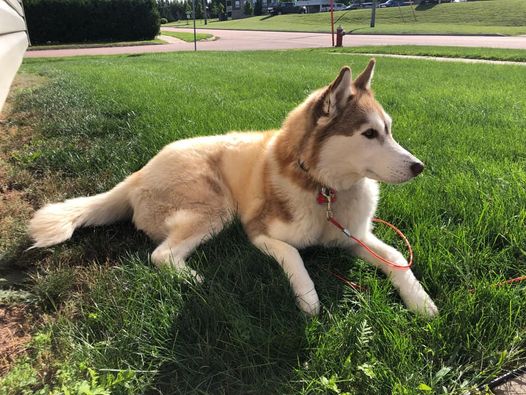 Pawtrick Kane. My son and daughter in law named him and live the blackhawks. 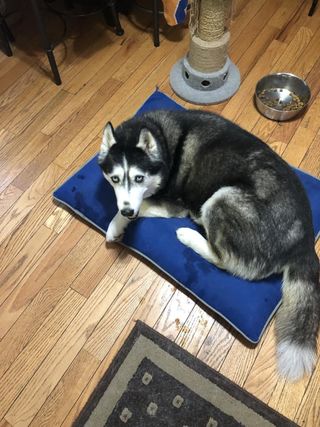 Avalanche because she’s a force of nature