12 Dog Breeds That Are Extra-Faithful 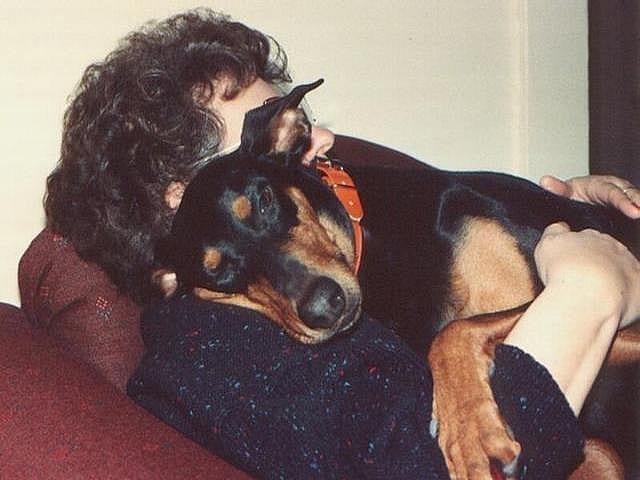 Loyalty is something that most people think of when they think of dogs and it’s a truthful generalization to make. While some are certainly more independent than others, most dogs are faithful to their families in some form or another. In fact, some are even faithful to strangers. If you’re looking for a dog that’s known for its attachment and devotion to its owners, look no further than this list! Pointers are one of the oldest hunting breeds and is documented as far back as 1650. They are loyal, even-tempered and affectionate. They make great family companions provided they get enough exercise to keep them busy.

The Toy Fox Terrier is a very small terrier breed of dog that descended from the larger, standard Smooth Fox Terrier. They are very active and strong-willed dogs, true to their terrier heritage, but are deeply faithful to their owners and families.

The Skye Terrier is a low but sturdily built terrier originally used for hunting fox and otter. They are independent but strongly loyal to their owners. They are one of the rarest dog breeds today, but make wonderful companions in the right active home. The Akita is a large guardian and hunting breed from Japan. They are well-known for their faithful devotion towards their owners as depicted in the recent feature film Hachi: A Dog’s Tale. In this story, an Akita awaits his owner’s arrival on the daily train long after his owner dies, always hoping to see him again. This trait is still apparent in the Akita temperament today.

The Anatolian is a livestock guardian breed from Turkey, where it was used to guard flocks as well as property. Although they work independently, they are exceptionally faithful to their masters and will do anything to get their job done. This is a strong working breed that needs a job to do even if not living on a farm, making them suitable for active homes only. The Boxer is a German working breed renowned for its social temperament and loyalty to its family. They are prized for being harmless in their family but aloof and wary towards strangers, making them excellent guard dogs. They are a very active breed that is a wonderful choice for an active family.

Although large and imposing, the Bullmastiff is a gentle giant of the dog world. The breed is powerful, suspicious of strangers but deeply loyal to its family. They are wonderful companions and need very little exercise, despite their size. In fact, the breed is a great choice for those living in apartments as they do not require a large yard. The Doberman Pinscher is a notable guard dog used both in police and military work in the past. Today, however, they are more suitable as active family companions. The breed is still an excellent guard dog, way and aloof towards strangers, but deeply devoted to its family.

This large breed is a Hungarian livestock guardian dog, where it was used to work independently but still under its master’s direction. They are extremely loyal, courageous and powerful dogs that still need a job today, even if they aren’t on farmland. They make wonderful companions for those that are looking for a strong, active breed. The Rottweiler is often unparalleled in its devotion to its owner, making it a suitable companion for someone looking for a true working breed. Males are less social than females, but both are typically wary of strangers and protective of their family and territory. The breed is often a poor choice for the novice owner, but makes an incredible choice for someone experienced in working breeds. The Cardigan Welsh Corgis is the older and larger of the two Corgi breeds, although it is still a dwarfed breed. Used as general-purpose farm dogs, Cardigans are deeply loyal and attached to their owners and although strong-willed, they are eager to please. Because of this, they make excellent companions for those looking for a smaller active breed. The German Shepherd Dog is well-known for its loyalty and devotion to its family. Originally used as herding dogs, the breed is more often found as a family companion or working alongside police and military efforts. They are eager to please, very active and make a wonderful choice for a family that enjoys spending time outdoors.

The post 12 Dog Breeds That Are Extra-Faithful appeared first on iHeartDogs.com.